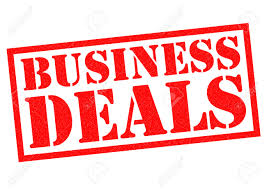 While Oklahoma City-based Chesapeake Energy experienced the loss of two board members on Tuesday, the firm also announced final results on its offers to purchase for cash up to $800,000,000 of its outstanding notes. As of September 26, Chesapeake had received valid tenders totaling nearly $933.3 million aggregate principal amount of the Notes.

Chesapeake accepted for purchase approximately $897.7 million aggregate principal amount of Notes that were validly tendered and not validly withdrawn as of 5:00 p.m., New York City time, on August 25, 2016 (the “Early Tender Date”) for an aggregate consideration of approximately $800.0 million, excluding accrued and unpaid interest. Because the aggregate purchase price (exclusive of accrued interest) of Notes validly tendered at or prior to the Early Tender Date exceeded the Aggregate Maximum Purchase Amount, no Notes tendered after the Early Tender Date were accepted.

Chesapeake said that after the completion of the Tender offers, it still might buy additional Notes in the open market and in privately negotiated transactions.