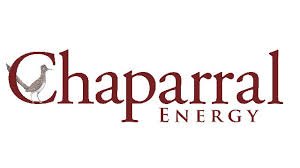 SandRidge Energy did it and now Oklahoma City-based Chaparral Energy wants the same thing—an extension of its exclusive period for the Chapter 11 plan. Chaparral is asking a U.S. Bankruptcy Court judge permission to extend through and including Dec. 5, 2016 and Feb. 3, 2017.

“As described in the Fischer Declaration, in the months prior to the petition date, the debtors diligently evaluated, in consultation with their advisors, a number of options to address the Debtors’ looming liability issues in a sustained low commodity price environment,” stated the company in the motion.

The company said it held “extensive, arms-length negotiations” with its lenders regarding the terms of a plan but were unable to agree on the terms of restructuring support before the petition date. It also said the company has continued to negotiate “postpetition” with the lenders and the Ad Hoc Committee.

“The parties have exchanged numerous term sheets and the Debtors believe that significant progress towards a consensual plan has been made,” continued the motion. “Accordingly, the Debtors believe that extending the Exclusive Periods will provide all parties involved in the negotiations the opportunity to reach an agreement on the terms of a consensual plan that will maximize the interests of all.”

A hearing on the company’s request has been scheduled for Oct. 13, 2016. Chaparral filed bankruptcy in May, citing $1.6 billion in debts.