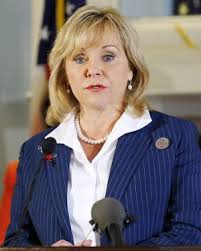 Oklahoma Gov. Mary Fallin will be among the speakers on Friday at a “Bring Small Business Back” event in Oklahoma City. The Job Creators Network is hosting the event on the campus of Oklahoma State University-Oklahoma City from 9:30 a.m. until 11 a.m.

The governor and JCN President and Chief Executive Officer Alfredo Ortiz will talk about threats facing small business owners including those in the energy sector. The JCN’s Bring Small Businesses Back campaign consists of a nationwide bus tour to hear the challenges that real local small businesses are facing.

“Governor Fallin’s participation in our Bring Small Businesses Back campaign showcases her commitment to the small business job creators that power her state’s and the nation’s economy,” said Ortiz. “If more legislators understood the importance of small businesses to the country as a whole, the economy could finally start working again for everyone.”

Overregulation, over taxation and lack of access to credit are some of the complaints of small business operators. Two-thirds of those who responded to a JC nationwide poll identified over taxation as preventing their businesses from thriving. Three out of five said the same about overregulation. As a result, the survey found that only one in five small business owners plan to hire additional employees over the next year, and only around one-quarter believe that doing business over the next year will be easier than the previous one.