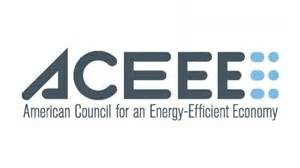 Oklahoma ranks 44th worst when it comes to energy efficient state programs and efforts according to the 2016 State Energy Efficiency scorecard issued by The American Council for an Energy-Efficient Economy. And in part, the state legislature can take the credit.

States throughout the Mid-West generally did not fare well as Kansas is 48th, Nebraska 42nd, South Dakota 49th and North Dakota with the worst ranking at 51st.

Oklahoma fell six places from the 2015 scorecard and scored only 3.5 points out of a possible 20 points under the category of utility and public benefits programs and policies.

Oklahoma was one of three states that, according to ACEEE, “had the most noticeable overall drops in score compared with last year.”

Oklahoma lost 3 points along with Maryland.

“Oklahoma’s score was impacted by the state legislature’s elimination of an Energy Efficient Residential Construction Tax Credit and the State Energy Facilities Program. Also figuring into its reduce score was the fact that its commercial building energy codes still reference the older 2006 IECC model code,” cited the report.

The scorecard also said two trends are seen in Oklahoma and other states losing ground in the scorecard.

“First, many of the states falling behind are not increasing energy savings year after year and therefore being outpaced as other states ramp up programs to meet higher savings targets. These states typically have not fully implemented changes to the utility business model that encourage utilities to take full advantage of energy efficiency as a resource, including decoupling, performance incentives and energy savings targets.”

The report said the second trend was the opt-out provisions approved in Oklahoma and other states falling behind in the rankings.

“These provisions allow large customers to avoid paying into energy efficiency programs, forcing customers to subsidize them and limiting the amount of energy savings utilities can achieve.”