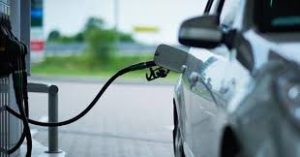 Oklahoma gasoline prices are down to a statewide average of $2.06 a gallon, a drop of nearly 5 cents in the past week, according to AAA Oklahoma.

Nationally, the average price is $2.20 per gallon. Gas prices fell lower heading into the Labor Day weekend, which marks the unofficial end to the summer driving season. This is two cents lower than a week ago and 18 cents less than a year ago, although it reflects a hike of 8 cents from a month ago. Pump prices are declining across the U.S.

Oklahoma City’s average dropped to $2.01 while Tulsa motorists are paying $2.02 a gallon.

Three Oklahoma cities have gasoline averages less than $2 a gallon. Shawnee has the lowest average at $1.97, a drop of 6 cents in the past week. The average in Muskogee is down to $1.98 and in Idabel, the average is $1.99. Stillwater motorists are paying the most for gas in the state, averaging $2.23 a gallon. Ponca City is at $2.16 while Altus is at $2.14 a gallon.