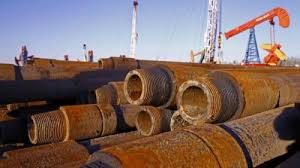 NOTE: Starting this month, EIA’s monthly Drilling Productivity Report (DPR) includes a supplement that provides monthly estimates of the number of drilled but uncompleted wells (DUCs) in the 7 DPR regions. Estimates will be provided up to the month prior to the month in which the DPR is issued. Thus, the September DPR will include DUCs estimates through August.

The Drilling Productivity Report uses recent data on the total number of drilling rigs in operation along with estimates of drilling productivity and estimated changes in production from existing oil and natural gas wells to provide estimated changes in oil and natural gas production for seven key regions. EIA’s approach does not distinguish between oil-directed rigs and gas-directed rigs because once a well is completed it may produce both oil and gas; more than half of the wells produce both.

While shale resources and production are found in many U.S. regions, at this time EIA is focusing on the seven most prolific areas, which are located in the Lower 48 states. These seven regions accounted for 92% of domestic oil production growth and all domestic natural gas production growth during 2011-14.