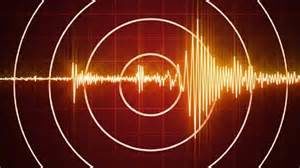 The Arkansas attorney who filed suits in Lincoln County and Oklahoma City federal courts, blaming energy companies for earthquakes in Oklahoma says the Pawnee earthquake of magnitude 5.6 supports his claims against the firms.

“Unless something’s done, there’s going to be more and that’s not just a lawyer talking, it’s what scientists have been saying,” said Scott Poynter in a Tuesday morning interview on the Mitchell in the Morning show on Radio KOKC. “All the scientists were expecting this. It wasn’t a surprise to them and our experts are telling us there will be more aftershocks and they wouldn’t be surprised if there’s another one of the same consequence or a lot bigger.”

Poynter admitted people thought he was crazy when he filed the first lawsuits in 2014 in Lincoln County over the 2011 quake that hit Prague. Now he believes the Pawnee quake gives his lawsuits even more credibility.

“The lawsuit that I think is most important as it relates to what happened on Saturday is the one brought by the Sierra Club in federal court. That’s the lawsuit that’s designed to bring moratorium areas,” added Poynter.

He explained the three energy companies named defendants in the lawsuit contend the state Corporation Commission’s actions have been working and should be allowed to continue.

“At the time they were saying that, there were less earthquakes. But the time period is way too short to give it scientific credence. What happened on Saturday morning is what all the geoscientists were saying,” said Poynter. “I think the number one issue here is safety and every Oklahoman over there deserves to be safe in their own home.”