Big Gains for the Month, Lower WTI and Brent Crude Settlements on Wednesday 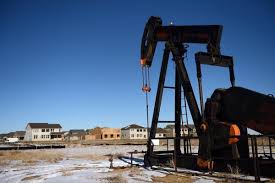 Oil futures settled lower on Wednesday after a U.S. government report revealed a larger-than-expected weekly increase in crude inventories, according to Bloomberg MarketWatch.

On the New York Mercantile Exchange, October West Texas Intermediate crude slipped $1.65, or 3.6%, to settle at $44.70 a barrel. The settlement was the lowest since August 12. For the month, prices saw a gain of roughly 7.5% — the largest since April.

On London’s ICE Futures Exchange, October Brent crude, the global benchmark, fell $1.33, or 2.8%, to end trading at $47.04 a barrel. The October futures contracts expired at the day’s settlement. The new front month contract for November ended at $46.89 a barrel. For the month, Brent crude saw a monthly rise of over 10%.