Cars, Trucks and Boats Could be Contaminated with Bad Ethanol Gasoline in nearly a dozen counties 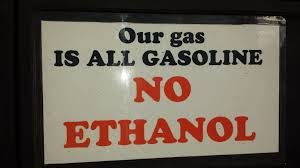 The Oklahoma Corporation Commission’s still looking into this week’s incident involving gasoline contaminated with too much ethanol before it was sold at numerous retail stations in central and southern Oklahoma. But there is no formal investigation of the incident.

An estimated 10,700 barrels or about 449,400 gallons was mistakenly distributed to service stations by Tulsa-based Magellan Midstream Partners, a firm that blamed the incident on equipment failure at its Oklahoma City distribution center.

The OCC said the fuel might contain as much as 30 percent ethanol and had been dispatched from the Magellan facility during the period of Aug. 23 to Aug. 29 from one of six delivery bays.

The Commission’s Petroleum Storage Tank division fuel inspectors are working to ensure impacted retailers have stopped sale of the fuel in question and that the product is returned to Magellan. But the actual recall of gasoline was initiated by Magellan.

Here is a list of the retailers where the bad gasoline was sold: