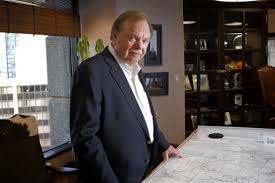 Peter Navarro, a trade expert and University of California at Irvine professor of economics and public policy;

Stephen Moore, chief economist for the Heritage Foundation; and

“I am pleased that we have such a formidable group of experienced and talented individuals that will work with me to implement real solutions for the economic issues facing our country,” said Trump in a statement.

Trump is expected to announce his economic policy initiatives on Monday at the Detroit Economic Club.