Continental Resources to Expand into STACK 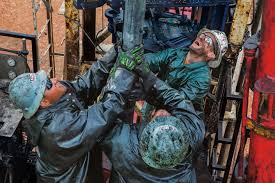 Jobless rates for June in Oklahoma showed more growth in 65 of the state’s 77 counties with the oil and gas industry contributing, according to a county-by-county breakdown provided by the Oklahoma Employment Security Commission.

The rates were higher than a year ago but dropped in 10 counties and remained unchanged in 2 counties. Stephens county in southern Oklahoma had the highest unemployment rate with 10.8% followed by Latimer county at 10.1% and McIntosh County at 9.5%

Those with the lowest rates are areas where there remains oil and gas activity. Grant County is lowest at 3.3% followed by Cimarron County at 3.4% and Alfalfa County at 3.6%.

Tulsa recorded an 11.4% drop from June to June as its oil and gas sector dropped from 7,000 in June of last year to 6,200 this year. Like Oklahoma City, the May to June drop totaled 100 workers.