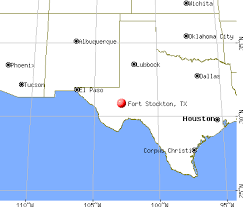 Oklahoma City’s Chesapeake Energy isn’t alone in being sued by a Texas school district.  Add SandRidge Energy to the list of those hauled into court. SandRidge has been sued by the Fort Stockton Independent School District and accused of owing the district more than $500 million, according to the Journal Record.

The school district contends SandRidge misrepresented the value of its assets in Pecos County, teas from 2003 through 2015.

“Since at least 2003, the valuation of SandRidge’s assets in Pecos County and its related property tax liability to FSISD have been substantially undervalued when compared to the property values extrapolated through the quantity of proved reserves SandRidge provided in information and sworn reports to the Energy Information Administration,” stated the lawsuit.

The suit accused SandRidge of not properly reporting the true value of its assets including mineral deposits still in the ground. It said that in 2008, SandRidge’s proven reserves were worth nearly $12 billion while the district’s collection of all taxable property for all taxpayers in the district totaled $1.4 billion.

The lawsuit was filed just a few months after SandRidge filed for Chapter 11 bankruptcy.