Chesapeake Cuts Debt by $1 billion but is Still $8.7 billion in Trouble

Political Spending by Utilities Under Investigation in Arizona 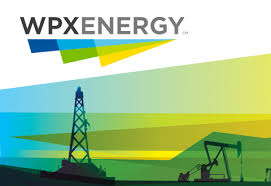 Tulsa-based WPX Energy reported second-quarter losses of $204 million saying the results were affected by unrealized non-cash net losses on the company’s hedge portfolio. It amounts to a loss of $0.68 a share on a diluted basis, according to the company.

WPX president and CEO Rick Muncrief said a 46 percent increase in oil sales vs. the preceding quarter was more than offset by a non-cash net loss on derivatives as underlying commodity prices improved causing a reduction the value of those contracts.

He said the company plans an acceleration of activity in 2017 and 2018.

“WPX is more than doubling its estimate for net  resource potential in the Permian’s Delaware Basin from 1.1 billion barrels of oil equivalent to approximately 2.4 billion boe and raising the projected number of gross drillable locations from more than 3,600 to more than 5,550,” according to the company’s statement this week.

The increase comes after the company’s recent acquisition of Delaware properties from RKI Exploration and Production. And prior to the close of the second quarter, WPX also picked up another 7,800 acres in the Delaware from a privately-held undisclosed seller. The new acreage is close to WPX’s acreage position in central Eddy County, New Mexico where it has multiple stacked horizontal targets including the Wolfcamp and Bone spring intervals. The acquisition means WPX now has more than 100,000 net acres in the Permian Basin and plans to add a third rig in its operations there this fall.

The company said it will also expand its owned and operated midstream infrastructure in the Basin with the addition of a crude oil gathering system.

“Planning and engineering are under way with groundbreaking scheduled to occur before year-end. The first phase of the project is expected to be complete in mid-2017 with further build-out to follow,” said the company. “WPX is planning a total installation of approximately 50 miles of pipe to support its Delaware production,.”