Chesapeake Cuts Debt by $1 billion but is Still $8.7 billion in Trouble 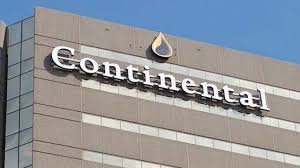 Oklahoma City-based Continental Resources Inc. reported a loss of more than $119 million or 32 cents a share for the second quarter, according to a company press release issued on Wednesday.

While the company remains committed to the STACK and SCOOP plays, Continental also announced it has signed a purchase agreement to sell 30,000 acres of non-strategic property on the eastern side of the Oklahoma SCOOP for $281 million. After the divestiture, Continental will retain 384,000 acres in the SCOOP.

“Proceeds from this sale and the previous sale of Wyoming assets will total nearly $400 million,” said Jack Stark, President and Chief Operating Officer. Continental previously announced the sale of 132,000 acres in Wyoming’s Washakie Basin area for $110 million in May.

“Continental once again outperformed production guidance in the second quarter thanks to the exceptional quality and performance of our Bakken, SCOOP and STACK assets, as well as exceptional execution by our teams,” said Harold Hamm, Chairman and Chief Executive Officer. “We are also on track to reduce long-term debt with our agreement to sell a second non-strategic asset for $281 million.”

In 2016, the company will celebrate 49 years of operations.