Chesapeake Faces Another Royalty Lawsuit in Fort Worth 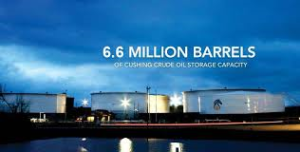 After nearly $8 million in revenues in the second quarter of last year, Oklahoma City-based Blueknight Energy Partners, L.P. reports a net loss of nearly $19 million this year. Total revenues were $43.4 million for the quarter ending June 30, also down from the nearly $47 million covering the same period of 2015.

Net losses for the first half of 2016 came to $18.2 million compared to the net income of $9.3 million in the first half of last year. The company blamed much of the loss on the cancellation of the Knight Warrior East Texas Eaglebine/Woodbine crude oil pipeline project as revealed in a July 21 filing with the Securities and Exchange Commission.

The company’s adjusted earnings before interest, taxes, depreciation, amortization, non-cash equity-based compensation, asset impairment charges and gains related to investments was $16.2 million for the second quarter while its earnings a year ago were $17.2 million.

Blueknight CEO Mark Hurley also revealed the company’s transported volumes were affected by the April 2016 suspension of service on the company’s Mid-Continent pipeline system due to a discovery of a pipeline exposure caused by heavy rains and the erosion of a riverbed in southern Oklahoma. He explained there was no damage to the pipe and no loss of product but Blueknight was forced to divert volumes.

Just last month, the company finished connection of its southeastern segment of the Mid-Continent pipeline system to its Eagle North system, allowing Blueknight to recapture diverted volumes and deliver those barrels to Cushing.

The company is still evaluating the timing of the long-term repairs necessary to allow it to operate two separate Oklahoma pipeline systems. Once those repairs are finished, the company expects to move a heavier stream of crude oil and transport condensate produced in the SCOOP play in southern Oklahoma.