Some in Congress Worry about Re-Listing Efforts for Prairie Chicken 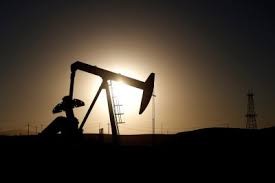 “The current supply/demand structure for oil warrants a price bandwidth of $50 to $60,” said Nico Pantelis, head of research at Secular Investor. “But when a price doubles in a quarter, it’s normal to have a setback in the following months—that’s what we got this month.” WTI prices fell to lows near $26 in February, but touched highs above $51 in June.

“We think most of the correction is over now, and expect to rise of oil to continue in the weeks and months ahead towards to $50-to-$60 bandwidth,” said Pantelis.

Meanwhile, September natural gas added less than half a cent to settle at $2.876 per million British thermal units. For the month, natural gas futures saw a loss of 1.6% despite an 8% jump on Thursday.