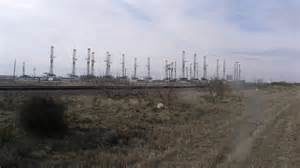 Oil and gas rig counts in Oklahoma and the U.S. moved upward slightly in the past week with the state’s count growing by one to 60 and the nation adding one to hit 463, according to figures from Baker Hughes Co. of Houston, Texas.

Oklahoma’s count of 60 compares to 107 a year ago.  Nationally, the U.S. count added three more oil rigs to reach 374 while the number of gas rigs fell by two to hit 86.

O f the various oil plays, the Granite Wash remained at 9 while the Mississippian Lime play lost two to reach only four active oil and gas rigs. The Ardmore Woodford is at one, same as a week ago The Arkoma Woodford stayed at two.

The Permian Basin saw an increase of four to reach 172 in west Texas and eastern New Mexico. The Eagle Ford in south Texas lost two to reach 33.

The count in Kansas stayed at none while Colorado added one to reach 21. New Mexico added two to reach 28 while Louisiana added the same number and hit 46.

North Dakota stayed at 27 while the count in Texas fell by three to reach 214 compared to 375 a year ago.