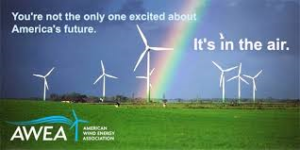 With six different wind farm projects underway across the state, Oklahoma remains a strong number four when it comes to states with installed wind power projects. But Oklahoma is expected to overtake California in the coming year.

The projects underway, once finished will add more than 1,100 megawatts to the production of wind power in the state. The state’s current capacity is 5,453 megawatts, moving the state to rank only behind Texas, Iowa and California in that order. California has 5,662 megawatts of installed capacity.

Oklahoma ranks third in terms of existing construction. Its total is 1,130 megawatts, behind Kansas with 1,259 megawatts and Texas adding another 5,253 megawatts.

Nationwide, the U.S. wind industry activity approached record levels in the second quarter as utilities and other purchasers locked in record low wind costs, according to a report from the American Wind Energy Association. It recently released the U.S. Wind Industry Second Quarter 2016 Market Report.

The report anticipates wind energy to grow from supplying nearly five percent of U.S. electricity today to 10 percent by 2020 and 20 percent by2030.

Kansas led the nation this quarter in new construction announcements at 778 MW, followed by Iowa at 551 MW and North Dakota at 400 MW.

Enel Green Power North America Inc.’s (EGP-NA) 400 MW Cimarron Bend wind farm in Kansas is among the projects that started construction this quarter to meet demand for wind energy from utilities and emerging corporate buyers. Cimarron Bend will supply half of its power to Kansas City Board of Public Utilities, and half will go to Google, once completed.

The industry installed 169 wind turbines across four states during the second quarter, representing 310 MW of capacity. Texas led the country with 200 MW of wind capacity installed, followed by Kansas (72 MW), Nebraska (36 MW), and a single turbine installation in Iowa. Across the U.S., cumulative year-to-date installations total 830 MW. The U.S. now has an installed wind power capacity of 74,821 MW