Ethanol Production in US Drops from Record Numbers 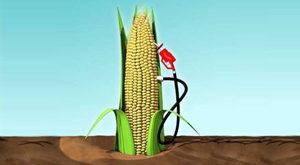 Figures from the U.S. Energy Information Agency indicated production dropped 31,000 barrels a day, resulting in an average daily production of 998,000 barrels or 41.92 million gallons a day.

Ethanol production had exceeded a million barrels a day in five of the last eight weeks. As a result, the nation’s stocks of ethanol were up to 20.4 million barrels, which is a drop of 3.6 percent from last week and an eight-week low.

When figured into gasoline consumption, here’s how it ended.  With summer time driving demand averaging 411.5 million gallons a day or 9.79 million barrels daily, the refiner/blend average was 936,000 barrels of ethanol a day. that’s the third highest rate on record. Ethanol blending had averaged 14.3 billion gallons a year over the past eight weeks.

Doing the math, it means the daily ethanol production was 10.19 percent of the daily gasoline demand.