Oil and Gas Collections for June were Dismal in Oklahoma

Ethanol Production in US Drops from Record Numbers 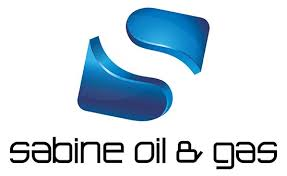 Houston, Texas-based Sabine Oil and Gas Corp. has won approval of a Manhattan judge for its financial reorganization, clearing the way for the producer to come out of Chapter 11.

The independent company filed more than a year ago and had been fighting creditors ever since. But U.S. Bankruptcy Judge Shelley chapman recently held a status conference and approved the plan.

The reorganization cut Sabine’s debt from $2.8 billion down to $350 million, which left its lenders with almost all of the company’s stock.  Unsecured creditors will get only a small amount of company stock and warrants, or as they say, “pennies on the dollar” on the $1.4 billion they were owed.

Sabine’s had a history of focusing its oil and natural gas exploration in the Granite Wash formation in western Oklahoma and the Texas Panhandle as well as the Cotton Valley Sand and Haynesville Shale formations in east Texas and the Eagle Ford Shale in south Texas.