Williams Cos. Board Moves Ahead Under New Leadership After Resignations 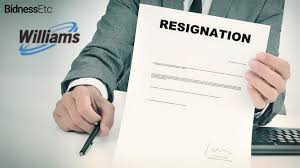 Now under the leadership of a new chairman of the board of directors, Tulsa'[s Williams Companies is moving ahead following the shakeup over the failed attempt to remove Alan Armstrong as Chief Executive Officer.

“Frank’s contributions to Williams over the years have been instrumental to our growth and he has personally been a trusted counselor to me,” tweeted Armstrong in the wake of the controversial move that came after the failed merger between Williams and Energy Transfer Equity of Dallas, Texas.

While MacInnis and several others resigned from the board, the board took a standing in stating in a news release that it determined “Alan Armstrong is the right Chief Executive Officer for Williams as the Company works to continue enhancing stockholder value.”

The statement also announced that Ralph Izzo, Eric W. Mandelblatt, Keith A. Meister, Steven W. Nance and Laura A. Sugg “disagreed with this strategic direction of the Williams Board of Directors” and decided to resign effective immediately.

The company said it would evaluate the appropriate size and composition of the board going forward. Armstrong has been CEO since 2011 and the company in its announcement said “Williams has become a best-in-class operator that is extremely well-positioned to meet the rapidly growing demand for natural gas and experience significant fee-based growth.”