Wastewater Research Has Attention of Oklahoma Oil and Gas Industry 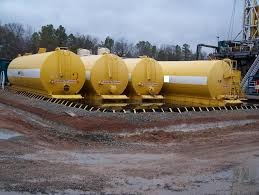 Those Oklahoma exploration companies who’ve been busy in the state of North Dakota and its Bakken field find themselves facing new rules aimed at reducing spills in the oil patch.

The North Dakota Industrial Commission has approved the rules despite the objections by the oil and gas industry. Among the new requirements will be bonding and third-party inspections of the gathering pipelines that carry the briny oilfield wastewater. There is also a new rule requiring berms to be at least 6 inches high around existing and future well sites in order to prevent oil and saltwater spills from spreading.

The creation of the rules by the Commission came a year after the North Dakota legislature directed it to draft new rules, a move that was spurred by a 3-million gallon saltwater pipeline leak near the western North Dakota city of Williston. It was described at the time as the biggest such spill in the state.

The industry opposes the rules, contending they only add to their production costs. The rules will apply to about 4,000 sites in North Dakota and will take effect around October.

They still have to be approved by the Legislature’s Administrative Rules committee and members could block or change them.

While the State estimates the diking requirement will cost around $3,500 a well, the North Dakota Petroleum Council believes costs will be triple that amount. Kari Cutting with the oil group says the dikes will create more problems than they solve by holding snowmelt and rain water.