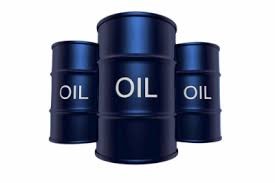 After posting their largest gain since April, crude oil futures retreated on Thursday despite posting the greatest quarterly gain since 2009, according to Bloomberg MarketWatch.

On the New York Mercantile Exchange, August West Texas Intermediate crude dropped $1.55, or 3.1%, to settle at $48.33 a barrel. WTI prices gained over 26% for the second quarter, marking the best quarterly percentage gain since the second quarter of 2009.

August Brent crude, which expired at the settlement, fell 93 cents, or 1.8%, to end trading at $49.68 a barrel on the London ICE Futures Exchange. Brent crude prices gained 25.5% for the second quarter.

“The global oil market remains awash in stored oil and there have been some signs U.S. production could be stabilizing,” said Rob Haworth, senior investment strategist at U.S. Bank Wealth Management. “This appears to be happening in response to surprise production shutdowns due to conflict which has raised prices. In our view, this means prices are likely to see pressure later this year once these countries return to oil production and exports.”

Meanwhile, August natural gas gained 6.1 cents, or 2.1%, to settle at $2.924 per million British thermal units on the New York Mercantile Exchange. Prices are over 25% higher this year to date after surging more than 49% for the second quarter of 2016.