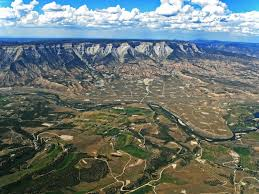 Western Colorado’s wild Roan Plateau is the focus of the U.S. Bureau of Land Management as the federal agency moves to protect it from more natural gas drilling.

The BLM approved plans this week to put provisions in place in a 2014 compromise among conservation groups and natural gas producer Bill Barrett Corp.

Barrett surrendered rights to nearly 56 square miles of land it had originally leased from the federal government atop the plateau. In return, it will be refunded $47.6 million that it had paid for the leases. Another seven square miles leased by Barrett will also be freed from a 6-year old lawsuit, according to a report by the Associated Press.

The deal should put an estimated 90 percent of the Roan Plateau off limits to drilling.