Tesoro Picks up Another Refinery in North Dakota

Oakland Says Not in Our Backyard to Coal Shipments 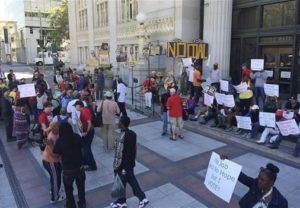 The Oakland City Council voted unanimously this week to kill a plan to use a proposed marine terminal for coal shipments, calling them public health and safety hazards. Environmental activists broke into applause following the city council vote in support of an ordinance that bans the transport, handling and storage of coal and petroleum coke at bulk material facilities or terminals in Oakland.

“We want jobs that people can have, and have a long life and they don’t have to rely upon a job of desperation,” said Lynette Gibson McElhaney, the president of the city council.

An attorney with the Oregon Bulk and Oversized Terminal sent a letter to the council laying out the potential legal consequences.

“Politically, no quantity of handling coal or petcoke under whatever extraordinary standard will be tolerated,” said David Smith. “While that may accomplish a political outcome, it is only the first steps towards an unfortunate legal outcome.”

The terminal is part of the city’s makeover of an army base closed in 1999 and is located in West Oakland.