ETE Backs Out of Messy Merger With Williams Companies

Brace for More I-35 Traffic Slowdowns in southern Oklahoma 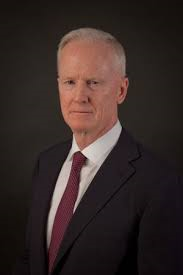 While some political observers speculated that Oklahoma oilman Tom Atkinson might be able to pull off an upset of U.S. Rep. Jim Bridenstine in Tuesday’s primary elections, it did not happen.

Instead, Bridenstine easily defeated Atkinson and Eveylyn L. Rogers and was automatically re-elected to a third term because there is no Democratic candidate in the November elections.

The best that Atkinson could do was get about 16% of the votes while Bridenstine received nearly 81%, the highest percentage of any of the five Oklahoma Congressmen seeking re-election in the primary. Rogers received slightly more than 3% of the votes.

The State Election board results showed Bridenstine with 50,571 votes while Atkinson, who is president of Okie Crude Co. based in Tulsa and founded in 1985, received 10,047. Rogers got 2,000 votes.