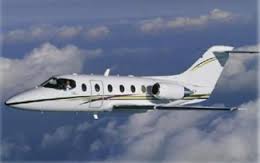 Jerry Hunter, owner and chief executive officer of Sundance Airport in Oklahoma City is a new appointee, named to replace the late Tom Stephenson who died in April. His term will expire at the end of 2021.

Michael Ray of Guymon remains on the commission after serving as an at-large commissioner since 2010l. But the governor now has named him to be a representative of the 3rd Congressional district.

Joe Harris of Goldsby was named to replace Ray as the commissioner at large. The recently retired general manager and CEO of Kay Electric Cooperative in Blackwell has been a licensed pilot for 43 years. His term will expire Dec. 31.

Governor Fallin also named Dave Amis III to a new term that extends through Dec. 31, 2020. He’s been on the commission since first being named by Gov. Frank Keating in 1997. He also runs his own aviation and sales consulting firm Vector Air Inc.