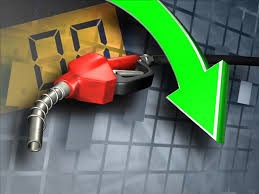 Independence Day is near with more than 558,000 Oklahomans making preparations to travel during the record-breaking holiday as prices at the pump stabilize, according to a Fuel Gauge report from AAA Oklahoma. The state’s average price is $2.09 a gallon, an increase of less than one cent.
“Oklahoma’s gas price average is 48 cents below where it was a year ago on this date,” said Chuck Mai, a spokesman for AAA in Oklahoma City. “So, it’s no surprise many of us are anxious to take advantage of these lower pump prices and head out of town when perhaps last year we didn’t.”
Bartlesville has the lowest average in the state at $1.94 a gallon, a drop of nearly three cents over the past week. Muskogee has the second lowest average at $1.97, up two cents in the past several days. Three other cities have lower gas prices including Enid’s average is $2.02 a gallon while Lawton and Shawnee are averaging $2.03 a gallon.
The highest average belongs to Stillwater where gasoline is pumped at $2.17 a gallon. Altus is averaging the second highest at $2.15 a gallon with the third highest price point in Ardmore at $2.13 a gallon. Tulsa drivers are now paying a nickel more than last week for an average of $2.02 a gallon while Oklahoma City’s average of $2.08 is up by half a cent compared to one week ago.
The national average is $2.31, down three cents from a week ago and two cents lower from one month ago.
West Coast drivers are paying the highest gasoline prices. California has the nation’s most expensive market for retail gasoline with an average of $2.90 a gallon. Hawaii is now at $2.79 a gallon followed by Alaska at $2.66 a gallon.
The nation’s lowest prices are found in South Carolina where the average is $2.00. Other states with the least expensive gasoline include Mississippi at $2.06 a gallon and Arkansas at $2.07 a gallon. Oklahoma has the fifth-lowest price average.