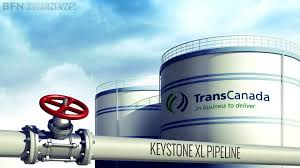 The U.S. is being sued for $15 billion by TransCanada over President Obama’s rejection of the company’s proposed controversial Keystone XL pipeline.  TransCanada contends the president’s move violated the North American Free Trade Agreement by thwarting the company’s expectations.

The company’s first pipeline, the Keystone from Cushing south to the Gulf Coast has been operational for more than one year but plans to build the pipeline from Canada to Nebraska were killed by the White House.

The filing of the lawsuit came months after TransCanada announced in January that it intended to file suit but followed the threat with attempts to reach an “amicable settlement” over the dispute. But the company was unable to settle and filed suit, claiming the denial of a permit to complete the pipeline was “unjustified” under NAFTA and the rejection exceeded President Obama’s constitutional powers.

The suit is based on Chapter 11 of NAFTA which is aimed at protecting foreign investors from potential losses. TransCanada also contends the President’s decision was not based on technical analysis but rather “was symbolic, and based merely on the desire to make the US appear strong on climate change.”

The lawsuit will be heard in a private tribunal of three lawyers who are not accountable to any domestic legal system. The suit brought immediate denouncement by environmentalists including the Sierra Club.

“TransCanada’s attempt to make American taxpayers hand over more than $15  billion because the company’s dirty Keystone XL pipeline was rejected shows exactly why NAFTA was wrong and why the even more dangerous and far-reaching Transpacific Partnership must be stopped in its tracks,” said the club.

The 1,179-mile pipeline would have carried crude oil from the Alberta tar sands deposits