Judge Rules ETE has Right to End Merger with Williams Cos. 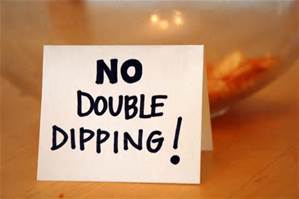 Accused in lawsuits of profiting from pollution, ConocoPhillips has agreed to a $3.7 million settlement with the State of Oklahoma. The agreement was signed this week and in it, ConocoPhillips admitted to no wrongdoing nor liability, according to documents obtained by OK Energy Today.

The agreement ended a 2013 lawsuit filed by the State accusing the company of “double dipping” but getting millions from Oklahoma’s Petroleum  Storage Tank Division Indemnity Fund and also being paid by insurance companies for the same pollution cleanup.

The lawsuit was filed in Oklahoma County District court (CJ-2013-5246) by Attorney General Scott Pruitt. He alleged that ConocoPhillips obtained insurance payments from settlements for the costs of remediation on the same sites for which the Oklahoma Fund had reimbursed Phillips 66. The suit demanded that Phillips 66 should have reimbursed the state.

But as the 6-page settlement stated, “Phillips 66 and the Oklahoma Fund desire to avoid the additional cost and uncertainty of continued litigation, to bring about a just and amicable resolution of the Act and issues—to resolve fully and finally their dispute and all potential claims.”

An attempt by OK Energy Today to obtain a comment from the Attorney General’s office was not answered on Friday. But the agreement showed that the total settlement would be $3,770,000.

“The Settling parties acknowledge that this settlement does not constitute or include the payment of any fine or penalty,” stated the agreement. “In exchange for the Settlement Payment the Oklahoma Fund shall and does forever release and discharge and covenants not to sue Phillips 66 and its past and current officers—.”

The lawsuit by Pruitt came after other lawsuit accused the company of profiting off pollution and defrauding taxpayers out of millions of dollars. Another suit filed by a taxpayers group claimed ConocoPhlilips actually received $7,541,170 in “improper payments from the Indemnity Fund inconnection with 46 environmental remediation cases.

Some of the lawsuits went so far as to accuse ConocoPhillips and its attorneys of resorting to “bribery, blackmail, threats, extortion, corruption and legislative pressure” in order to get millions for ineligible expenses.

One of those lawsuits filed in 2004, CJ-2004-7217 by Charles Wright and Rachel Mor, remains active in Oklahoma County District Court, indicating while ConocoPhillips has reached a settlement with the State, it is still doing battle in another legal case involving the same allegations.