Another Plains All American Pipeline Spill in California 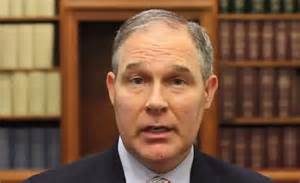 Oklahoma Attorney General Scott Pruitt has yet to say whether the offer by Volkswage to pay more than $10 billion to settle claims in the emissions cheating scandal will apply to the lawsuit he recently filed in Oklahoma City federal court.

A request by OK Energy Today for a comment from Pruitt’s spokesman was not answered. It was Thursday when Volkswagen said it would spend $10.2 billion to settle the cheating scandal in the U.S. where lawsuits were filed.

The money is meant for 482,000 owners of cars with 2-liter diesel engines and each will get a settlement ranging from $1,000 to $7,000 according to published reports.

Pruitt had filed such a suit last week alleging VW programmed the diesel engines to turn on emissions controls during government lab tests and turn them  off while on the road.

Some of the cars in question date back to 2009.  There are others outside the U.S. and they total nearly 11 million vehicles.  Volkswagen reportedly carried out the scam in the U.S. for the past seven years, skirting the testing routine of the Environmental Protection  Agency.