Drought Not Quite Exists in the State 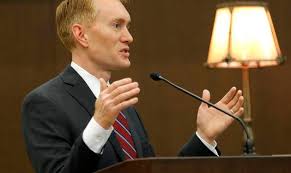 “Another week, another court ruling against the Obama administration,” is the reaction of U.S. Sen. James Lankford to a federal judge’s ruling this week that the federal government could not create rules banning fracking on federal and Indian lands.

“This is something already regulated by the states,” said the Senator in an interview with OK Energy Today. “The federal government wanted to step in and say ‘we want to regulate it too.’  That’s clearly a violation of the law.”

The Senator said it was a states rights issue where the federal government tried again to overrule the control of the states.

It’s the same belief held by Wyoming U.S. District Court Judge Scott Skavdahl who said Congress had not delegated to the Department of Interior the authority to regulate hydraulic fracturing.

The ruling was seen by Sen. Lankford as yet another strike against the Obama administration’s overreach. He cited the Waters of the U.S., the Clean Power Plan and the Maximum Mercury as being knocked down by the courts.

Listen to Jerry Bohnen’s interview with the Senator.