A judge in Billings, Montana is allowing environmentalist to proceed with a lawsuit against operators of a coal-fired power plant that continues leaking contaminated water from storage ponds.

District Judge Robert Deschamps made the ruling after learning that contaminated water was still leaking form the ponds of the Colstrip Power Plant four years after an agreement had been reached to solve the problem. The plant manager is Talen Energy.

The Judge was told that 380 gallons of waste is leaking every minute from the ponds and that figures to be nearly 200 million gallons a year. It prompted him to give the nod to the lawsuit that challenges the handling of the pollution from Colstrip. 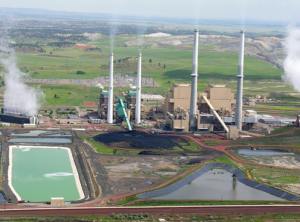