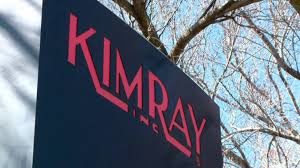 Months after a 10 percent reduction in its workforce, oilfield manufacturing equipment company Kimray, Inc. of Oklahoma City announced Monday it planned to lay off 120 workers by the end of the week.

The reason is no surprise to anyone in the energy industry.  The company blames the prolonged industry downturn.  The company’s first reduction in its workforce occurred in February after buyouts were offered to all 700 Oklahoma City employees in September 2015.

“Like many businesses in the energy industry, we have to make very difficult decisions,” said Thomas Hill III, CEO. “Over the last year, we have taken many steps to ensure the long-term future of the company and we once again need to reduce our workforce.”

At least 118 of the 120 positions being eliminated are at the Oklahoma City headquarters while two others report to the location.

“We are preparing appropriate severance packages and benefits for employees whose positions will end,” said Shad Glass, Executive Vice President. “In addition, we will offer job placement services and counseling to help with the transition.”