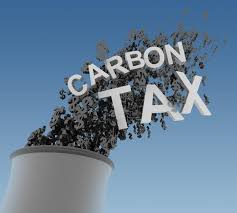 All five Oklahomans in the U.S. House were among those who helped congress make clear its opposition last Friday to a national carbon tax and the President’s plan for a $10–a-barrel tax on crude oil.

The House passed its condemnation on a 237-163 vote saying such a carbon tax proposal “would be detrimental to American families and businesses, and is not in the best interest of the United States.” Six Democrats sided with Republicans who were all in favor of opposing the idea. Representatives Jim Bridenstine, Tom Cole, Frank Lucas, Markwayne Mullin and Steve Russell were in the majority.

But the rest of the Democrats accused the Republicans of burying their heads in the sand about climate change. However, Michigan Democratic rep. Sandy Levin called the resolution a waste of valuable legislative time and said they had more pressing matters such as fighting the Zika virus, raising the minimum wage or helping Flint, Michigan recover from its drinking water crisis.

Louisiana congressman Steve Scalise, the Majority Whip sponsored the resolution even though President Obama has not proposed a carbon tax. He accused the President of trying to push carbon taxes through his executive actions after his cap-and-trade bill failed in congress.