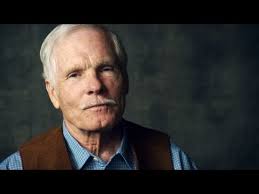 Media mogul Ted Turner has sold his 43,000 acre Bluestem Ranch in Osage County to the Osage Nation. It was a reported $74 million-purchase by the tribe, making the tribe one of the biggest landowners in the county.

Turner, the man behind CNN and Turner Broadcasting bought the ranch in 2001 and raised buffalo. The ranch is located between Fairfax and Pawhuska.

The ranch not only raised 3,000 bison but was also used for guided fishing and hunting trips by Turner Ranch Outfitting, Deer, turkey and quail were hunted while waterfowl hunting and fishing were also popular with hunting club members.

The final paperwork was signed this week by Osage Principal Chief Geoffrey M. Standing Bear who said the purchase reversed 200 years of the Osage losing the land.

“We can think of no better learning environment for our children than these lands,” said Standing Bear. “Land is central to the culture, traditions and history of the Osage people. We intend to keep the majority of the property as a working bison ranch, allowing us to connect our youth to nature.”

The tribe was the high-sealed bidder for the ranch and Turner indicated it was also his preferred buyer.

“It is my sincere hope that our transaction is the last time this land is ever sold and that the Osage Nation owns this land for all future generations,” added the chief. “We will need to engage in some profit-making activities to support our nonprofit goals. We have been discussing the possible hunting opportunities and what would be involved.”

At the time of the 2001 purchase, Turner bought the ranch and added it to the two million acres of ranchland he owned in Kansas and other states. He purchased the ranch from the Drummonds, a prominent ranching family.