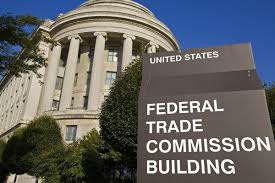 In order to settle a Federal Trade Commission complaint that a merger of Williams Companies with Energy Transfer Equity would harm competition in Florida, the two companies have agreed to dump Williams’ interest in an interstate natural gas pipeline.

The FTC made the announcement, indicating the proposed consent agreement “preserves competition between Florida Gas Transmission and Gulfstream Natural Gas System LLC, which is 50 percent owned by Williams Companies.”

The FTC originally said the nearly $38 billion merger would have reduced competition in Florida where natural gas is extensively used for electric power generation, making competitive access to constant and reliable sources of supply critical. The state has virtually no local sources of natural gas production and no natural gas storage, making utilities and other customers dependent on pipeline-transported supply. The combination of ETE and Williams, as proposed, likely would have increased the price of transporting natural gas to utilities and other customers, alleged the Trade Commission.

Dallas-based ETE owns 50 percent in Florida Gas Transmission which is one of two interstate pipelines that serve the Florida peninsula. Tulsa-based Williams owns 50 percent of the other pipeline, Gulfstream Natural Gas System.

“It would have resulted in a pipeline monopoly at many natural gas delivery points within the peninsula,” stated the FTC.

Under the agreement, Williams must divest its interest in Gulfstream within 180 days after the acquisition becomes final. The FTC also argued the merger of Williams and ETE would have harmed future competition from a new interstate pipeline, Sabal Trail Transmission LLC. Sabal is slated to begin transporting natural gas to parts of the Florida peninsula in May 2017.