The Ups and Downs of WTI and Brent Crude Oil Futures 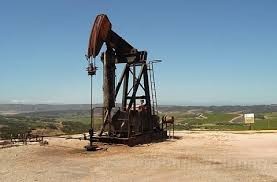 Despite posting healthy gains for a fourth consecutive month, oil futures fell while natural gas was up on Tuesday, according to Bloomberg MarketWatch.

West Texas Intermediate crude for July fell 23 cents, or 0.5%, on the New York Mercantile Exchange, ending trade at $49.10 a barrel, after reaching slightly above $50 before settling lower. For July, prices reflected an overall monthly gain of 6.9% above the April 29 front month contract settlement of $45.92 a barrel.

Brent crude for July delivery lost 7 cents, or 0.1%, to end trade on the London ICE Futures Exchange at $49.69 a barrel on the contract’s expiration day. For July, prices climbed 3.2% for the month based on the front month contract.

With weather factoring into the potential for higher demand, natural gas prices rose on Tuesday. The New York Mercantile Exchange closed on Tuesday with July natural gas up by 11.9 cents, or 5.5%, to settle at $2.288 per million British thermal units. The front month natural gas prices also reflected a 5.1% gain.