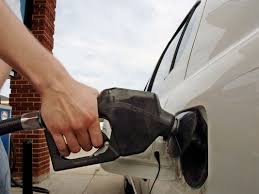 The summer driving season is officially underway and AAA Oklahoma says the state’s newest gasoline price average is up to $2.13 a gallon but is still 33 cents below the average one year ago.

The national average is $2.32 a gallon and spokesman Chuck Mai says drivers are paying the lowest gas prices for this time of year in more than a decade.

“Those about to embark on a great American road trip have reason to celebrate,” he said. “Not only are pump prices quite a bit below where they were last year at this time, it also looks like to have successfully weathered the spring refinery transition to the production of summer-grade fuels and prices may have peaked for the year.”

Oklahoma no longer has some of the cheapest gasoline prices in the nation. That honor goes to Mississippi and Texas where the average is $2.09 a gallon, South Carolina at $2.10, and Arkansas and Louisiana with averages of $2.11 a gallon.

Highest prices are in California at $2.81 and Hawaii at $2.70 a gallon. But Mai indicated a wildcard in the coming months would be the Atlantic Hurricane Season which runs from June to Nov. 30. He indicated that should any of the severe storms or hurricanes reach landfall, production, refining and distribution could be affect and likely lead to price spikes in Oklahoma.