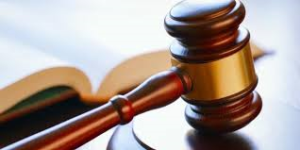 The Texas Supreme Court has ruled against the city of Lubbock in a fight over water and the accommodation doctrine, considered to be an integral part of oil and gas law.

The justices, in their opinion, said water drillers cannot ignore land rights. It was considered a first in which the court ruled that the doctrine requiring oil and gas lessees to accommodate surface owners’ rights also applies to groundwater fights. In effect, the Court ruled in favor of the 26,000-acre Coyote Lake Ranch in its fight with Lubbock.

In arguments last December, the city of Lubbock said the language of a 1953 deed that granted it ownership of water rights under the ranch meant it did not have to accommodate the surface owner and could move ahead with a plan to build dozens of water wells on the ranch property.

The high court disagreed with the court of appeals and said the case should be remanded to  the trial court for further proceedings.

The issue arose because that in the early 1950s, the city of Lubbock bought the Ranch’s groundwater to help supply residents. In 2012, the city announced plans to increase the number of wells and planned to drill as many as 20 test wells in the middle of the ranch followed by 60 more wells. The city said it had the right to drill the wells but when it started mowing extensive paths through the native grass to the prospective drill sites, the Ranch sued.

Despite ruling in favor of the ranch, the high court lifted an injunction that stopped the city of Lubbock from having any access to the land where it wanted to drill.