What Trump Proposes in his Energy Plan

Rain and Storms in the Forecast for the Week 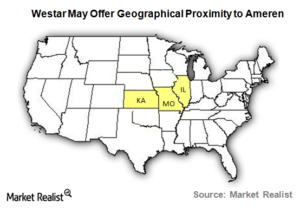 Westar Energy, the utility that provides electrical power to much of Kansas is being sold in a nearly $9 billion deal to Missouri-based Great Plains Energy.

Great Plains made the announcement on Tuesday saying it agreed to the nearly $8.6 billion purchase that is considered to be a major consolidation in the utilities sector.

Published reports indicate the transaction’s total value is $12.2 billion including Westar’s nearly $3.6 billion in debt. The deal is expected to be closed in the spring of 2017, according to a report in the Wall Street Journal.