Coal Demand Tumbles in Oklahoma and Rest of the Nation 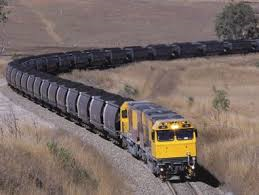 Ever since the election of President Obama, the nation’s use of coal to generate electricity has tumbled 29 percent from its peak of 1,045 million short tons. The latest figures show coal use has dropped in every state including Oklahoma where the amount of coal used in the coal-fired electric generating plants is 24 percent less.

When President Obama took office, he openly declared war on coal and now the latest figures, those from 2015 indicate the amount of coal burned is 739 million short tons.

A new reported indicated that states in the Midwest and the Southeast experienced the largest declines. Smaller declines were reported in Wyoming, North Dakota and Montana.

Coal use in the electric power sector dropped 49 percent in Ohio, 44 percent in Pennsylvania and 37 percent in Indiana from 2007 to 2015. While coal use fell, electricity sales saw little or no growth nationally. The increased supply of natural gas offset the use of coal as utilities were forced, either through their own actions or by the Environmental Protection Agency to convert to natural gas to fuel the electric-generating plants.