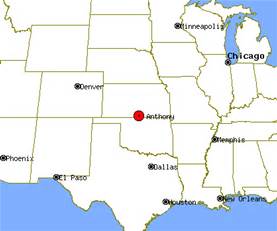 Even as early Sunday-morning earthquakes rattled southern Kansas and parts of northern Oklahoma, scientists with the U.S. Geological Survey indicated they believe there will be fewer earthquakes in the region due to steps taken to curtail wastewater injection well use in both states.

The prediction comes form Justin Rubinstein, a seismologist and deputy chief of the Induced Seismicity Project at the USGS in Menlo Park, California, according to a report from the Wichita Eagle. He spoke over the weekend at the Kansas Cosmosphere stating scientists now can definitely point to the high-volume saltwater disposal wells as causing the increase in larger earthquakes. Secondly, he said they are confident it was the wastewater wells, and not the fracking process that directly caused the surge in quakes.

The Sunday morning earthquake near Anthony, a city along the Kansas border measured 3.3 magnitude and was about 3 miles deep.

Hours later, a 3.5 magnitude quake struck near the northwest Oklahoma city of Fairview. The epicenter, also about 3 miles deep was about 13 miles northwest of the city.