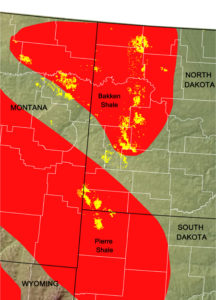 A discovery by scientists now blames North Dakota’s Bakken Shale formation for contribution 2 percent of the  entire world’s ethane output. The formation, which also stretches into parts of Montana is being blamed, according to some reports for reversing a decades-long decline in global ethane emissions, according to a recent report in the Washington Post.

Ethane is considered to be a significant environmental concern because of the role it plays in extending the lifespan of ozone. The National Oceanic and Atmospheric Administration carried out the study two years ago this month, using a plane to flight over he Bakken Shale region collecting data on airborne ethane and methane as well as ozone, carbon dioxide and other gases.