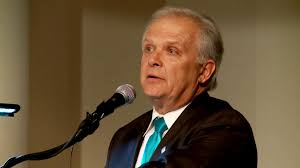 One of those critical of the Oklahoma Corporation Commission’s decision to allow OG&E install a $500,000 scrubber at its coal-fired power plant at Red Rock is Rep. Richard Morrissette.

The Oklahoma City Democrat is also a candidate for Corporation Commissioner Dana Murphy’s seat and called the recent Commission vote a “catastrophe.”

“For this state and its residents, this is a catastrophe on more than one level,” he said in a release immediately following the 2-0 vote. “The commission’s vote was a harbinger of a half-billion-dollar rate increase. Don’t be surprised if your monthly utility bill goes up by 15% to 20%.”

“The customers–the ratepayers, including senior citizens and other retirees, military veterans, low-income and middle-income families—they’re the ones who’ll get stuck with the bill.”

While Commissioner Dana Murphy declined to vote because of what she called “Big Brother” pressure, Morrissette said all three Commissioners “bowed to special interests.”

In his press release, Rep. Morrissette said Commissioner Murphy voted for the measure because the state was forced to accept a federal mandate.