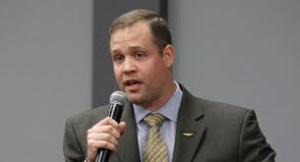 Oklahoma U.S. Rep. Jim Bridenstine walked away with a victory in the House Armed Services Committee on Wednesday when it adopted his amendment to speed up Energy Department decisions on approving Liquefied Natural Gas exports.

He called it a “big win” for Oklahoma’s natural gas industry since the state is the fourth largest natural gas producing state in the U.S.

“Energy security is national security,” explained Bridenstine. “The two are intimately linked. We enhance our own national security when our allies and trading partners are not reliant on unfriendly regimes for energy.”

The amendment was approved as part of the FY17 National Defense authorization Act.

“Ramping up LNG exports is a win-win for our allies and our economy,” added the Republic Representative from Tulsa. “The United States can play a substantial role in ensuring the energy security of our allies and trading partners through LNG exports.”

He said Russian President Putnam has already showed the world that energy can be a more powerful weapon than bullets, bombs and tanks.

“The mullahs in Iran will surely learn these same lessons,” said Bridenstine.