A proposed $1.2 billion PennEast Pipeline proposed by Tulsa-based Williams Partners L.P. in conjunction with three other firms faces an uphill road after a regional regulatory agency in Pennsylvania indicated this week it wants to carry out an independent review of the project.

Williams is in partnership with Cabot Oil and Gas Corp., Piedmont Natural Gas Co. and WGL Holdings Inc. Cabot Oil and Gas recently suffered a $4.2 million  court loss in a lawsuit over fracking allegations made by residents near Dimock, Pennsylvania.

The Constitution Pipeline recently won approval from the Federal Energy Regulatory Commission but this week the Delaware River Basin Commission announced it will hold its own hearings into the 119-mile pipeline. The line is to carry Marcellus Shale natural gas to New Jersey utilities. And the Commission says its hearings will be held next year in Pennsylvania and New Jersey.

The announcement was hailed as a “victory” by the Sierra Club. 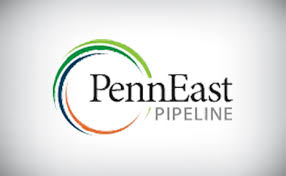